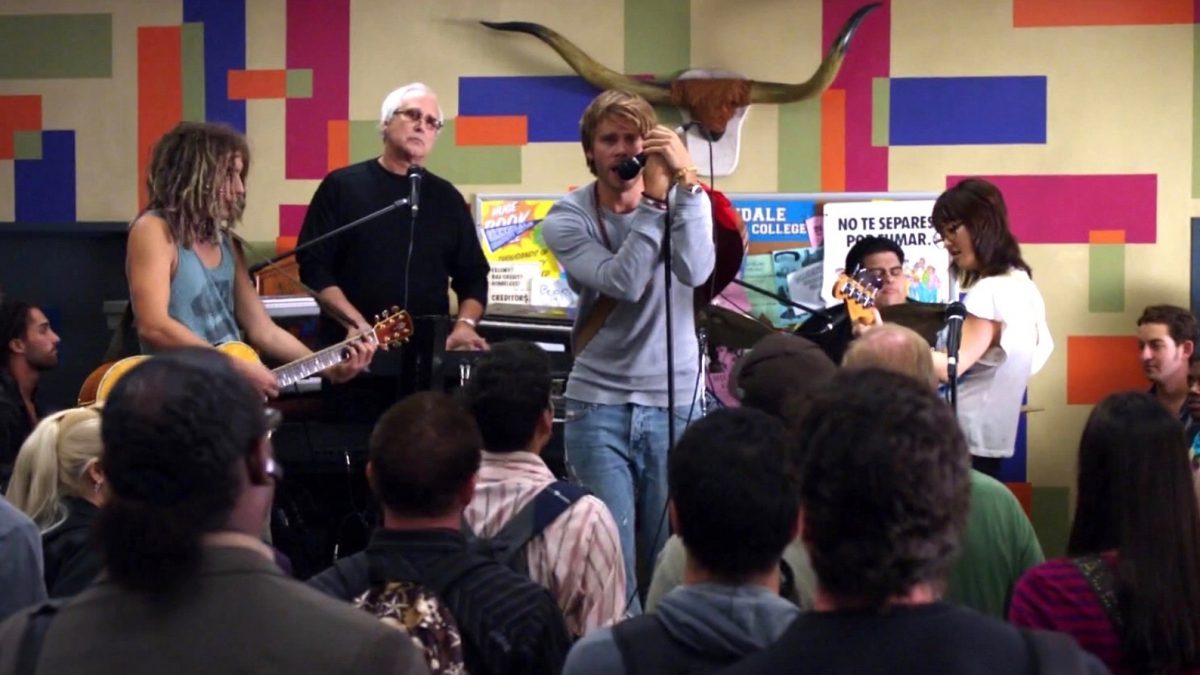 Some Worries was a campus band at a small community college in Colorado whose reggae-tinged repertoire consisted almost entirely of revenge songs about ex-girlfriends and other members of the band. The group’s original keyboardist was a 65-year-old millionaire. Its frontman had small nipples.

Community often used music in its ongoing mission of subverting the conventions of situation comedy. With Some Worries, the show took on the TV trope of boy winning back girl by getting onstage and pouring his heart out through song. Here, though, instead of expressing his undying love and thus rekindling their relationship, Some Worries singer Vaughn takes the opportunity to tell everyone on the Greendale campus what a B ex-girlfriend Britta is.

A soundtrack album released after the first season of Community includes several songs by Some Worries, though the songs are credited to the actors who played the characters and not to the band or the characters themselves. This would be the only commercially released soundtrack from the show and Some Worries’ only appearance on record.