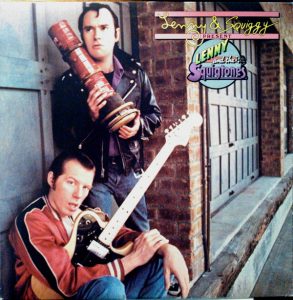 Lenny & Squiggy Present Lenny and the Squigtones debuted on the Billboard album chart on May 19, 1979. It spent five weeks on the chart and peaked at No. 205.