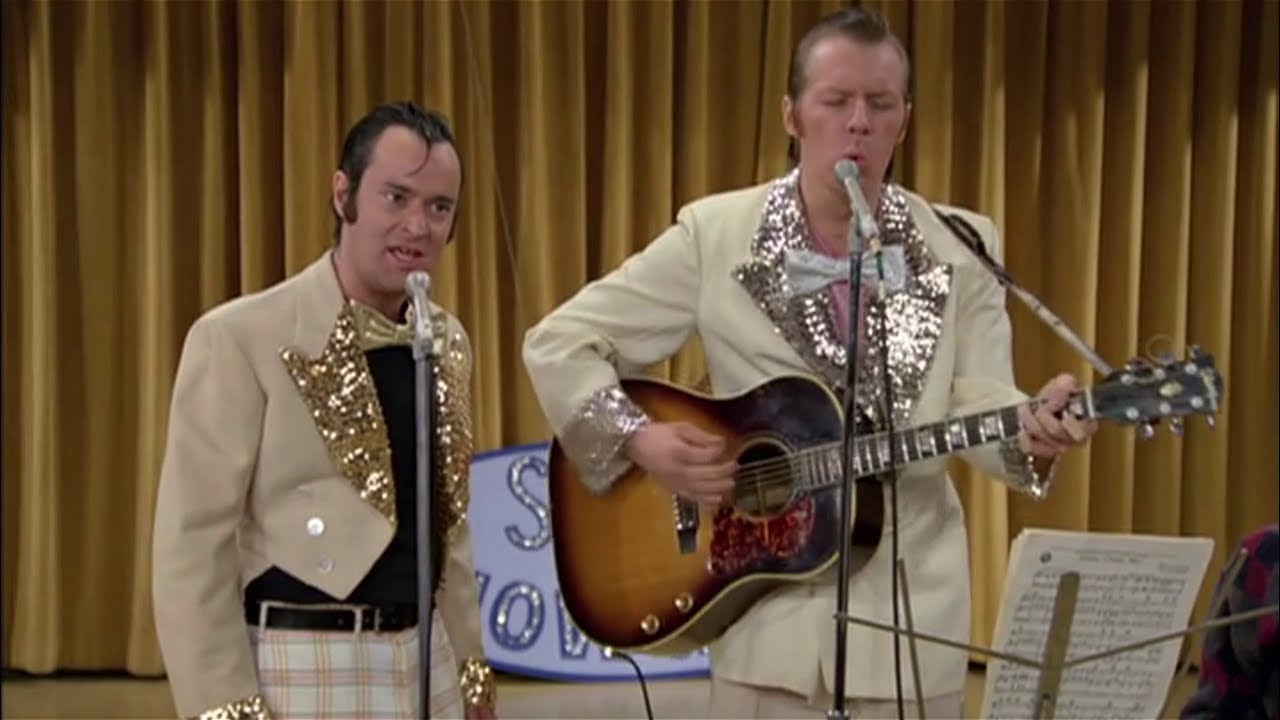 In late-fifties and early sixties Milwaukee, a pair of greaser truck drivers for the local Shotz Brewery appeared in the brewery’s annual amateur talent shows, performing endearingly awful songs written in popular styles of the day.

Lenny and the Squigtones were Michael McKean and David L. Lander, the actors and comedians behind the characters of Lenny and Squiggy on the hit TV show Laverne & Shirley. First appearing on the show itself, the musical duo crossed over into the real world in 1979: releasing an album on Casablanca Records, embarking on a 30-odd-date tour of the US and making promotional appearances on shows ranging from American Bandstand to Mike Douglas.

These days, Lenny and the Squigtones are remembered mostly for one of the musicians in their backing band. In a bit of fictional group meta-madness, the album and subsequent performances marked the first appearances of Christopher Guest as guitarist Nigel Tufnel, who would go on to feature (alongside McKean’s David St. Hubbins) in the classic 1984 mockumentary This Is Spinal Tap.

A proposed Lenny and Squiggy spinoff would have continued the adventures of Lenny and the Squigtones. After several seasons on Laverne & Shirley, McKean and Landers were asked to write a pilot for a show starring the two characters. When nothing came of that script, they wrote another. “This one has Lenny and Squiggy moving to Newark from the Midwest, in order to be near the record industry in New York,” McKean told a writer for the Pop Scene newspaper service in 1979. “These guys think Joey Dee and the Starliters are the wave of the future, so they’re going in for their piece. But, because it’s 1962, and the Beatles are just around the corner, they guys are doomed. The audience knows it … but they don’t.”