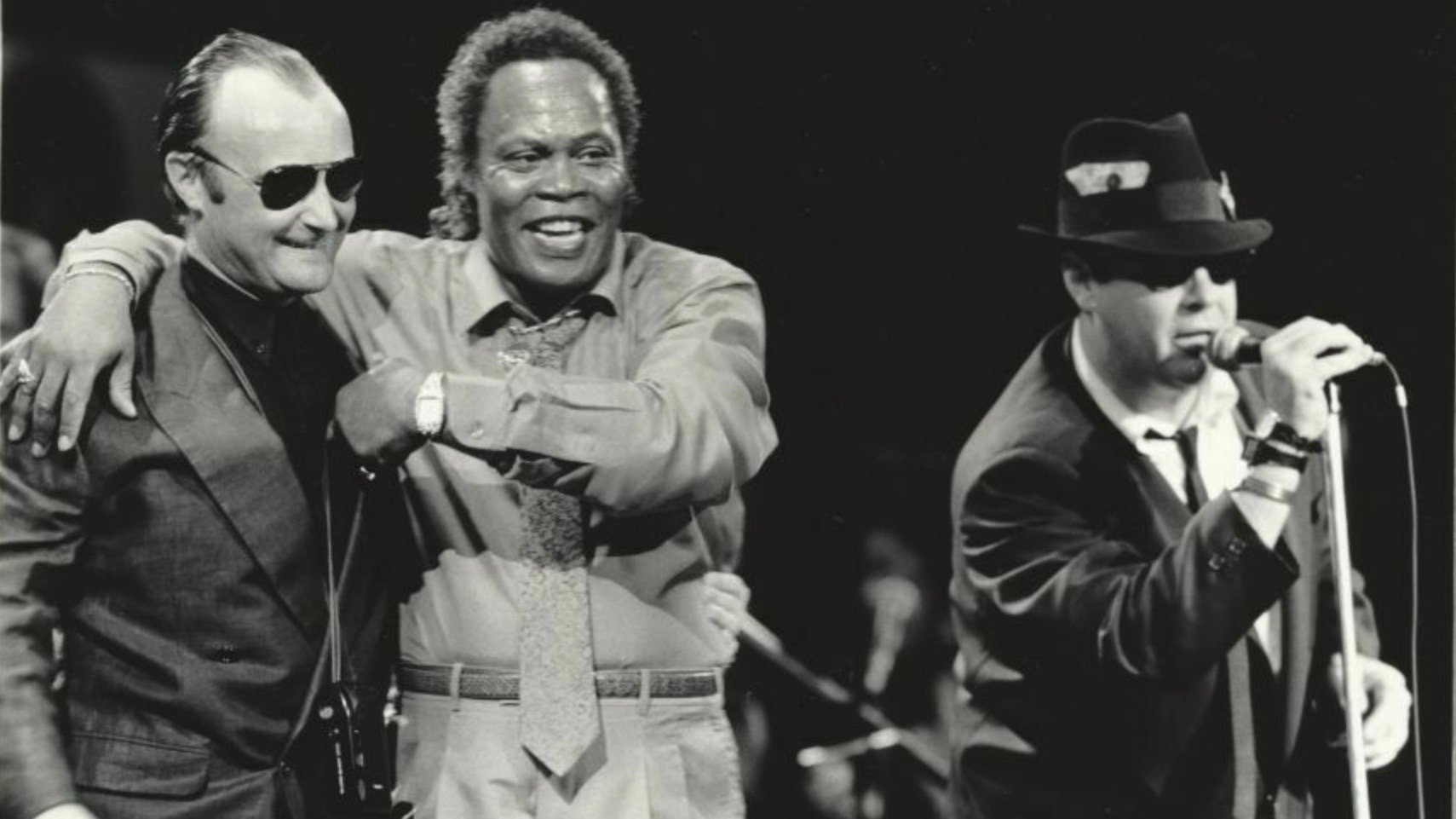 The Elwood Blues Revue was a real-world iteration of the Blues Brothers that was active in the late 1980s and early 1990s. Dan Aykroyd (Elwood Blues) reassembled most of the original backing band—including Steve Cropper, Donald “Duck” Dunn and Matt “Guitar” Murphy—in 1986 and called on them a handful of times in the years that followed. Much of the group’s live work during this period revolved around the Hard Rock Cafe, in which Aykroyd was an investor. The Elwood Blues Revue also performed at the Atlantic Records 40th Anniversary concert in 1988, backing both Sam Moore and Wilson Pickett, and appeared on the soundtracks for two of Aykroyd’s movies.

This chapter of the Blues Brothers story also saw the band strike out on its own for the first time. The Blues Brothers Band toured in the late eighties and, in 1992, released a studio album of mostly new material.