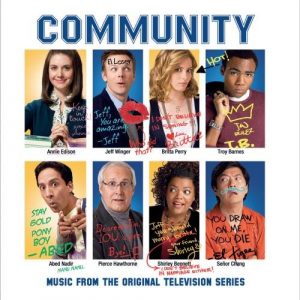 The soundtrack album from the TV sitcom Community includes three songs by the band Some Worries—four if you count “Pierce Raps,” which I totally do.

Chevy Chase is, of course, the Chevy Chase of Saturday Night Live, Caddyshack, etc., fame. Some Worries was by no means his first foray into musical comedy. After playing drums and keyboards professionally in the late 1960s and early 1970s (including with Donald Fagen and Walter Becker in a pre-Steely Dan group), he sang on several National Lampoon albums and, in 1980, released a musical comedy album of his own. Produced by saxophonist Tom Scott, an original member of the Blues Brothers, the self-titled LP includes parodies of Barry White, Bob Marley and Randy Newman, among others.